Mil Sistemika is proud to provide the software in support of a NATO summit! The twenty-nine NATO Chiefs of Defence, as well as the invitee Chief of Defence from the Republic of North Macedonia, gathered in Ljubljana, Slovenia 13-15 September 19 for the final Military Committee conference of 2019. Mil Sistemika Battle Eye System was selected to support the operation of Slovenian Military Police, providing logistics and security for the event in Ljubljana. 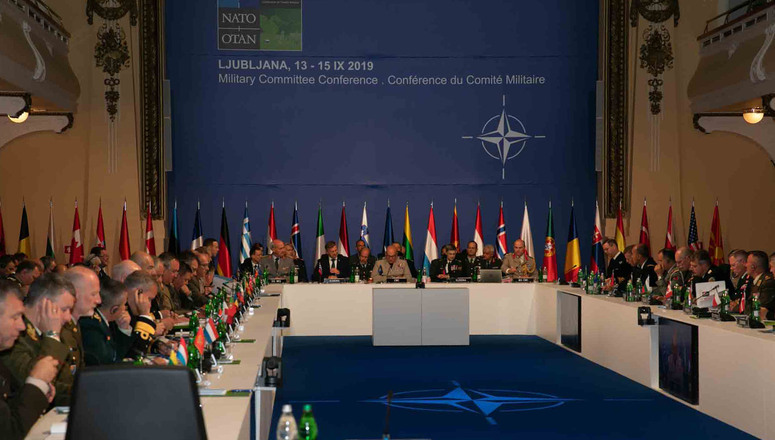 Battle Eye System is a state of the art GIS based battlefield management and blue force tracking system. Positioned on a C2 (command and control) level, BES enhances the soldier’s understanding of the surroundings by providing a clear digital picture of the battlefield. Common operational picture (COP) include correlated blue force tracked friendly situation, neighboring unknown, friendly and neutral situation, correlated and uncorrelated enemy picture, along with tactical graphics, statuses of units, and support for fire control. All this is presented on a digital map with NATO standardized 2525B symbology.

In support of securing the NATO Military Committee Conference in Ljubljana, Battle Eye System was linked with the national TETRA and DMR systems, providing real time tracking of convoys and security forces during the event. By utilizing versatile COMMS2 communications layer, the system was able to provide seamless communication over 2G/3G/LTE, TETRA and DMR while displaying common operational picture over internal WEB services or portable Android end user devices.

© 2017 MIL Sistemika - All rights reserved. Some images on this site are from the US Department of Defense, and are believed to be in the public domain.